Donna Cross and Scott Kennedy have shaped how Wellingtonians see themselves.

Few people stop to think about the illustrators who created the exuberant Wellington airport branding, the kooky toilet signage, or the cosmopolitan images on L’Affare coffee packaging. These are everyday things that put a smile on your face and help make Wellington what it is today.

Meeting at Wellington School of Design, Donna and Scott later founded their company, Three Eyes, in 1987. The name was jokingly suggested by Donna and Scott really liked it. Three Eyes produced distinctive, intelligent, spirited work that will stand the test of time, until Scott's death from cancer in 2013.

Donna is now in a new stage of life without Scott. She continues with illustration work and is setting up a gallery in their Breaker Bay home for Scott’s legacy of artworks. 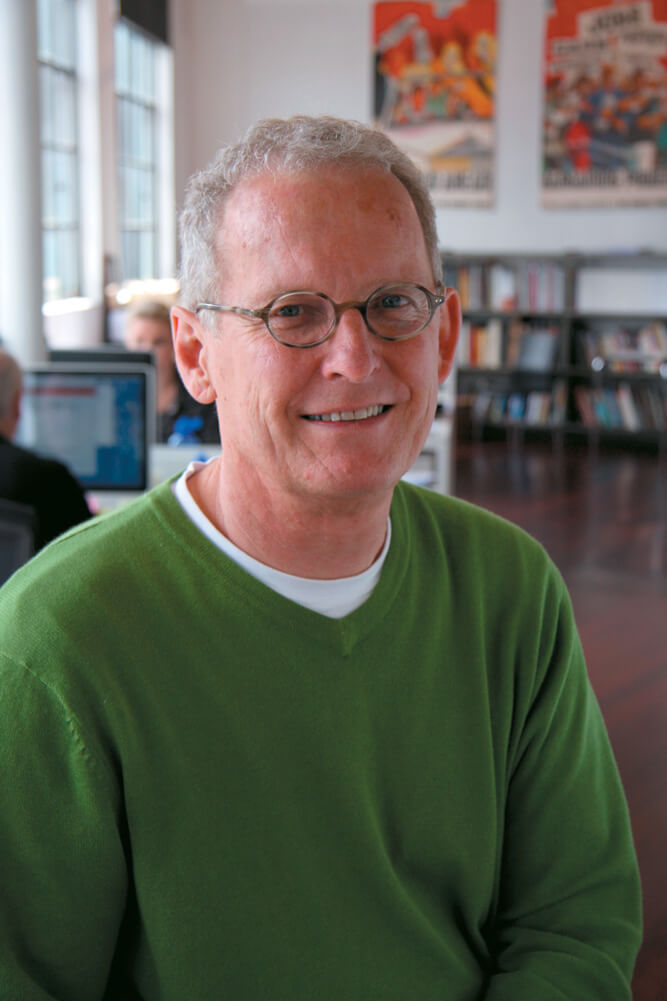 Grant Alexander graduated from Wellington Polytechnic in 1969 with a diploma in graphic design and has since become a stalwart of the New Zealand design industry.