Twenty-one year-old Creative Media Production student Zakea Page has achieved his lifelong dream of performing at an Olympic opening ceremony. He is in Lausanne, Switzerland, at the Winter Youth Olympic Games.

Zakea performed his unique artform, which blends sport and art, in front of thousands at Vaudoise Aréna on 9 January, making him the first person to design a Youth Olympic medal and perform at an opening ceremony of a Youth Olympic Games.

"My ultimate life ambition has been to perform at the opening ceremony of the Olympic Games, so to be able to achieve that is incredibly humbling,” he says. 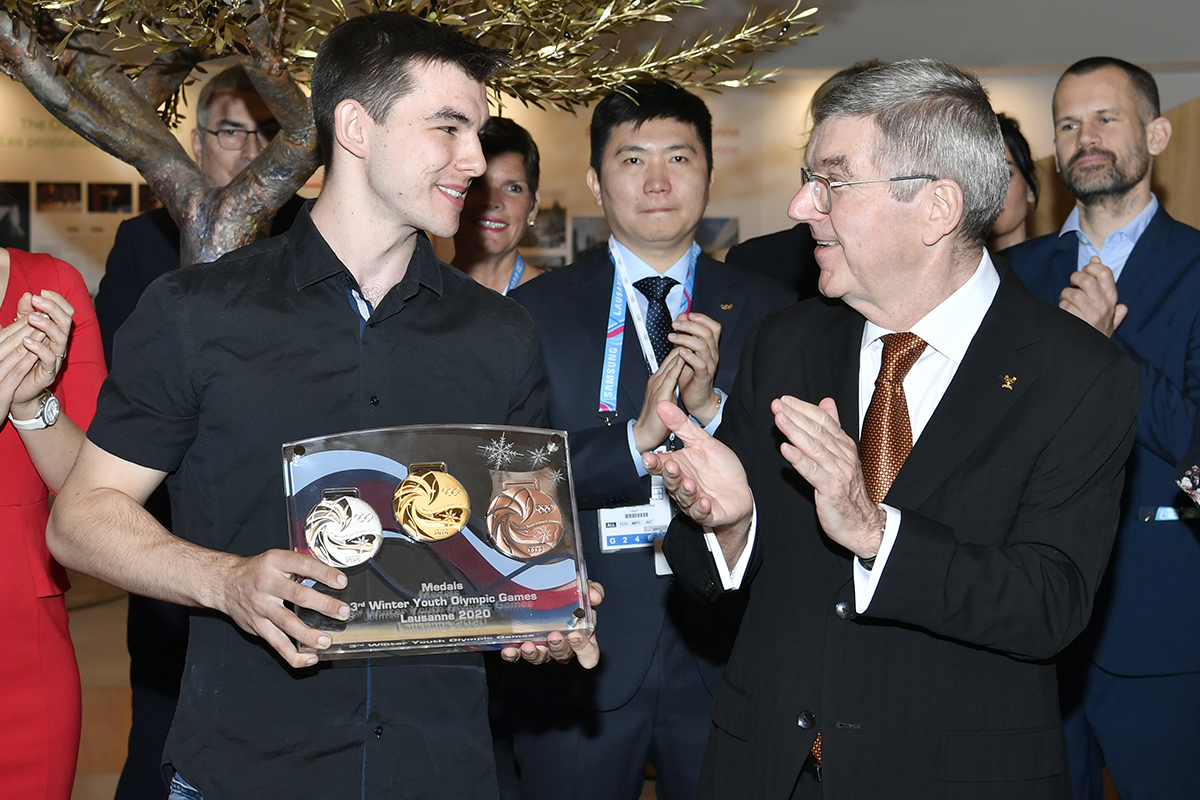 Page won an international competition to design the medal for the Youth Olympic Games in April 2019. His design, Beauty in Diversity, which was rendered by fellow Massey student Ryan Ardern, beat more than 300 entries from 60 countries. As a result, he travelled to Lausanne for the games where he received the gold, silver and bronze medals from the president of the International Olympic Committee, Thomas Bach.

Zakea Page will begin his third year of a Bachelor of Creative Media Production degree at Massey's College of Creative Arts in Wellington this year.

Zakea credits studying at Massey with helping him achieve his ambitions. “The peers, mentors and friendships I've developed at Massey have really helped me elevate my craft and myself as a person."

In 2018, Courtney Gilbert led a team of Creative Media Production students to create Kiwis Can Fly, a fun animated series for children. Now, Kiwis Can Fly is broadcasting to kiwi kids via NZ On Air's HEIHEI platform.

Our Bachelor of Design with Honours students Ashlee, Frankie, Georgia, Lillian and Troix spent Semester One of 2019 interning at agencies in Hong Kong.